Tail End Of The Year Trailer_EnChsub_h4444 from Chieh Yang on Vimeo.

On Chinese New Year Eve, ten-year-old Yang Lan is anxiously waiting for her singer mother to come home. While the big family is celebrating loudly with Mahjong, fireworks, dinner, and laughs, she struggles to reconcile her urge to feel, at least for a brief moment, loved.

Chieh is currently in pursuit of her MFA in Screenwriting and Directing from Columbia University in New York City. She holds a Bacehlor’s degree in Radio & TV from Taiwan’s National Chengchi University.
At Columbia, she wrote and produced the short film Ping Pong Coach, winner of the best student short award at the 2016 Tribeca Film Festival. Her short Cronos, which she wrote and directed, was a semifinalist for the Student Academy Awards. She also received the Best Editing prize at the prestigious Golden Harvest Awards. In 2016, she was selected for the Golden Horse Film Festival Academy.
Chieh has been fascinated with fantasy and magical realism in cinema for as long as she can remember. Many of her films were inspired by bedtime stories her father would share with her as a child. 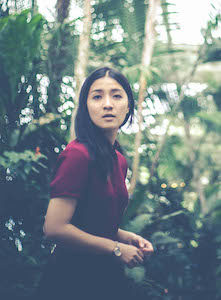