South Africa, 1990. When the crumbling Apartheid regime affords Marie Abrahams an opportunity to sell the family farm, her daughter Inge fights to keep their ancestral land.

Chantel was born and raised in Cape Town, South Africa and is a recent graduate of Columbia University’s MFA in Film (Screenwriting/Directing) where she has also taught film history and theory as an assistant to Professors Annette Insdorf and Rob King. Her thesis film, Ons Albertinia (Our Albertinia) was awarded a 2018 National Board of Review Student Grant, as well as the Columbia University/Big Sky Edit Visionary Award.

As one of the few Columbia films to ever shoot in Sub-Saharan Africa, Chantel dedicated more than two years to getting Ons Albertinia made, winning a Katharina Otto-Bernstein Thesis Film Fund Grant to shoot in 2017. The film was also selected for inclusion in the 2018 ASCAP/Columbia scoring workshop. Chantel is currently developing her first feature, Wit Gesigte (Pale Faces), set in South Africa in the late 1600’s. 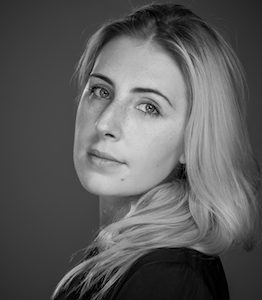