Chula, With Invisible Strings // Trailer from Mighty Oak on Vimeo.

At a time when polarizing politics make us question the world’s love for humanity, there is Chula the Clown. Hailing from Mexico City, Gaby Munoz, otherwise known as Chula, has spent over a decade working alongside other clowns in refugee camps and areas affected by conflict. This short film takes a look into the beautiful universe that Chula creates and asks us to explore how we connect with each other.

Emily Collins is an animation artist based in Brooklyn, NY, with a particular passion for non-fiction storytelling, drawing, watercolor and collage. She is a partner and creative director at animation studio Mighty Oak, where she leads story development, fabrication, animation and post production on various projects. Her animation direction credits include projects for the New York Times, Mashable, Ted-Ed and Nick Jr., among others. Emily’s projects have screened at festivals such as Sundance and DOC NYC. In 2013, she founded GirlStories, a free program for teen girls interested in film, comics and animation at the Children’s Museum of the Arts. Emily graduated from RISD in 2008 with a degree in Film/Animation/Video, and is currently pursuing an MFA in Integrated Media Arts at Hunter College. Emily previously won an NBR Student Grant for her film Hansu Solo, which she co-directed with Kaija Siirala. 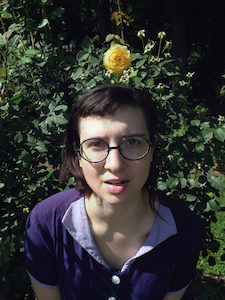