In 1997, the Chinese government planned to promulgate a new regulation about cremation prior to burial, but a single old man wants to hold a funeral for himself. The great and ironic funeral for a living human being makes the old man become a celebrity in his village.

Jiage Tong is a female director and scriptwriter from China. She holds a literature degree from the Shanghai Theater Academy. Her work covers film, TV Shows and theater.

After she got into City College of New York, she concentrated on film making, and aspires to make a great film that can expose human nature.

It took Jiage four years to finish SEVENTY. During this period, she went to villages of different styles to collect stories of various old people. She lived with them and many of them were nearly one hundred years old. She discovered that they especially wanted to have a great funeral. When describing the wish in relation to their own death, each of them carried smiles and eagerness without any fear. She sincerely dedicates this film to those who are lonely and brave. 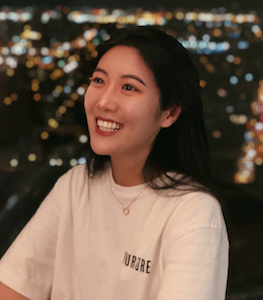