So You Like the Neighborhood - Official Trailer from Jean Pesce on Vimeo.

‘So You Like the Neighborhood’ is a dark comedy about a girl who gets dumped by her boyfriend and then evicted from her Brooklyn apartment, all in the same day. When she goes to drown her sorrows at a nearby bar, she befriends some locals who offer to help her with the eviction. They just so happen to be former mafia members and by ‘help,’ they mean something rather more nefarious.

Jean Pesce worked in New York film production as a Location Manager before attending NYU where she received her MFA in screenwriting and film directing.

Jean’s NYU thesis film, a dark comedy called So You Like the Neighborhood had its World Premiere in April 2018 at the Tribeca Film Festival. It has been officially shortlisted for the 2018 BAFTA Student Film Awards, won a 2018 National Board of Review Student Grant, and was also the 2nd Prize Wasserman Winner at NYU’s First Run Film Festival. It stars Sarah Stiles, Tony Nominee and star of Epix’s Get Shorty.

Jean’s feature screenplay, a dark comedy called The Rovers, (now called Cuttlefish) was one of six Finalists selected for the Black List’s 2017 Feature Writers Lab, a Finalist in the 2016 Austin Film Festival Screenwriting Comedy Competition, and was a Quarterfinalist in the The Academy Nicholl Fellowship in Screenwriting. 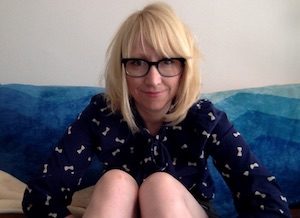