Alientologists from Tyler Rabinowitz on Vimeo.

When Earth no longer exists, neighboring aliens examine human artifacts that float around in its place—like paleontologists learning about ancient ancestors. This is the story of a curious alien struggling to fit in with his robotic co-workers and how his accidental discovery of a mysterious box full of noise leads his team to an understanding of humanity’s most special gift.

Tyler Rabinowitz went to NYU’s Tisch School of the Arts, where he was named one of Variety Magazine’s “110 Students to Watch in Film and Media” in 2015. Tyler is a 2017 Sundance Ignite Fellow, U.S. Presidential Scholar in the Arts, TED Speaker, Creative Culture Fellow at the Jacob Burns Film Center, and YoungArts alumnus. Past films have screened at the South by Southwest Film Festival, Smithsonian American Art Museum, John F. Kennedy Center for the Performing Arts, the Museum of Pop Culture, and the TCL Chinese Theater. Tyler has produced music videos for platinum-selling popular recording artists that have generated over 30 million views on YouTube to date, including the Billboard Hot 100 Top 40 hit song “Lights Down Low” by MAX ft. gnash. Tyler is currently developing his first feature length film, How I Got to the Moon by Subway. 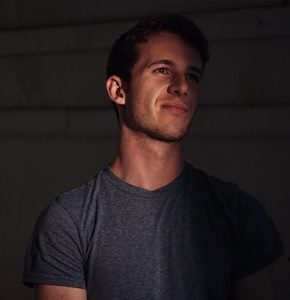