The Funeral Singer from hotata on Vimeo.

For the past 25 years, Mr Bay has been hired to compose sad melodies for the departed. As a father of 7 daughters, the dedicated musician has no hope to have a son to hand down the family’s career, and to sing for his own death. The film is set in an ancient village of Northern Vietnam where the traditional principles of the family survive with the changing times.

Thanh Hoang is from Vietnam. Prior entering the MFA Film Program at City College of New York, she worked in broadcast journalism, advertising, NGOs and as an independent filmaker. She is interested in telling stories about people who struggle because of their race, gender, class, or religion. She believes a story that possesses conflict and is deeply understood through sympathetic observation would bring into question the judgmental society crafted by mainstream media. She works in between fiction and non-fiction. 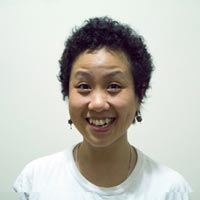