A boy lives a dull life full of chores on his father’s ranch, until one day when he befriends one of his father’s livestock- a piñata llama!

Born and raised on Long Island New York, Charlie always had a passion for drawing. He originally attended Ringling College of Art and Design under the Business of Art and Design Major, but soon realized that art was his true calling. He then switched majors to Computer Animation the year after. During his time at Ringling, he interned at Blue Sky Studios as a story artist and will be returning to Blue Sky as a story trainee come this August. Charlie likes skiing, milkshakes, and playing hacky sack with his pals.

Christina grew up in the D.C. metropolitan area. Her love for animation and movies was born from weekly rentals at the local Blockbuster, and sometimes sneaking to the Cartoon Network channel when her mom wasn’t looking. At 19, she put down piano lessons and academia, and left her hometown to pursue computer animation at Ringling College. At school, she found her niche and way of telling stories through storyboarding. Since then, she has interned at Pixar, and co-directed her thesis/short film, “¡Hola Llamigo!” Ironically, she is currently a story revisionist at Cartoon Network. Her mom approves. 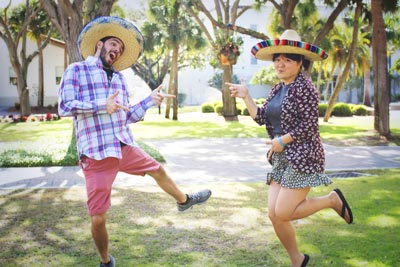