The rolling hills of a little village in Puerto Rico where Elsa lives are covered in tropical forest. Elsa observes with concern the relationship between her son-in-law and her granddaughter. Nonetheless, she continues to go about preparing food, hanging out the washing, feeding the chickens and tending the garden.

Growing up in San Juan, Puerto Rico, to parents who owned a bookstore, Bonnet naturally became interested in telling stories. She completed her Bachelor’s degree in Audio Visual Communication at the University of Puerto Rico where she made her first short film that got her accepted into New York University’s Graduate Film Program. 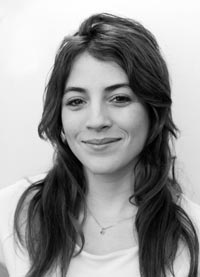