"PITTER PATTER GOES MY HEART" Trailer from FOAL on Vimeo.

The hopelessly romantic Lisa takes desperate measures to win her former lover back. But the fact that he already has a new girl at his side and that Lisa needs to bring her alcoholic father to an anti-varicose-campaign photo shoot without letting him know, is not particularly helpful.

Christoph Rainer is an Austrian filmmaker who graduated from The Filmacademy Vienna with a concentration in directing. While in Vienna, he worked under the guidance of professor Michael Haneke. He then received a Fulbright scholarship to pursue his MFA at Columbia University in New York, where he graduated with honors. His short films have been invited to over 250 film festivals worldwide, screened at museums such as the Tabakalera in San Sebastian and the MoMA in New York and have won numerous awards such as the TIFF Emerging Filmmaker Award at the Toronto Film Festival. 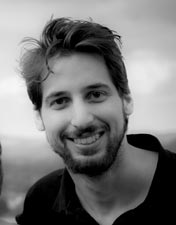