A disagreement arises between neighboring families on opposite sides of a street.

Germain is an MFA candidate at the Tisch School of the Arts Graduate Film Program. He is currently writing and developing his thesis. Before moving to New York, Germain worked in Los Angeles at the Sundance Institute Feature Film Program.  Germain is a Minnesota native but also has spent several years  in South-West Montana, which is where he plans to set the story for his thesis film. 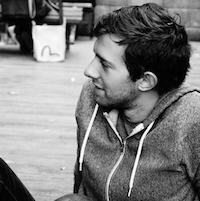