A young Armenian bride’s relationship with her husband is put to the test the first day of their marriage when her mother-in-law interferes.

In 2014, George returned to the Republic of Georgia and wrote, directed and produced his first short film The Fish that Drowned, which was selected at the Palm Springs and Clermont-Ferrand Film Festivals.

George received the Katharina Otto-Bernstein Grant to direct his second short Red Apples, which won the Best Film Award at the Columbia University Film Festival as well as a National Board of Review Student Grant.

George is the editor of a short film Submarine, which was selected at the 69th Cannes Film Festival (Cinefondation). He has taught filmmaking at Northwestern and Columbia, where he was nominated for the Presidential Award for Outstanding Teaching. 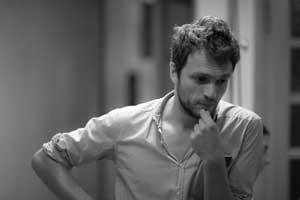