A gay Muslim teen living in rural Indonesia struggles between the traditions of his upbringing and his romantic idealization of the freedom of the west.

Yudho Aditya was born in Jakarta, Indonesia and relocated to the United States when he was 9. He is currently pursuing an MFA in directing at Columbia University in New York. In the summer of 2015 he left New York and spent five months in rural Indonesia to do research for the script that ultimately became Pria and another 3 months for its pre-production and principal photography. His other work includes the comedic short Pipe Dream, which has screened in over 30 film festivals and is currently being developed as a web series by Warner Brothers Television. 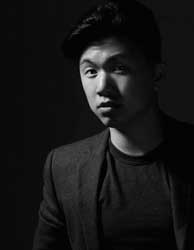