This comedy-adventure follows Carla, a stripper, who discovers she has the power to resurrect the dead. When news of her powers hits the news, local religious zealots try to bring her down. This is a superhero tale about accepting that modern day miracles can happen in unexpected places.

Nicolas Minas is a theater, TV, and film director based in New York City. He directed the first two episodes of the new TV comedy Half Life (starring Larisa Oleynik & Finnerty Steeves). He was the Assistant Director of Filming for the Emmy Award winning Live at Lincoln Center production of Sweeney Todd (with Emma Thompson). He was Assistant Director for the Broadway production of Driving Miss Daisy (with James Earl Jones & Vanessa Redgrave) and held an SDC Observership on the Live at Lincoln Center Production of Company (Neil Patrick Harris, Patti LuPone, Stephen Colbert). “I’ve set out to tell a big, adventurous superhero story through the lens of a sex worker, showing how marginalized people can be transcendent. Every superhero needs a good villain so I decided the perfect foe for a holy stripper would be a megalomaniacal leader of an evangelical-type church. My goal is to make this film irreverent, eccentric, and a lot of fun.” 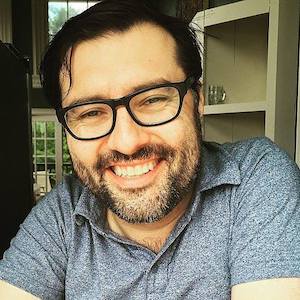