After spending her entire adult life working at Belgrade’s Information Center, Milena has a personal reckoning on her last day of work.

Sandra Mitrović is an award winning writer/director from Belgrade, Serbia. She graduated from London School of Film, Media and Performance in England and she just completed her MFA in film directing at Columbia University in New York City. She has been involved in production of many short films as of 2006. Her short film Ostoja Will Move Your Piano screened at many festivals worldwide winning 6 Jury Awards for Best International Short Film and the best screenplay. Her latest short film Last Call is a 2019 National Board of Review Student Grant Award Winner. Sandra is currently developing her first feature. 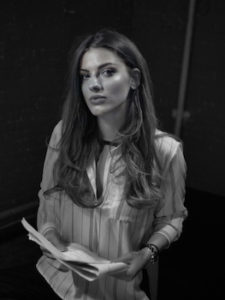