“Muscle Memory” is a conceptual nonlinear short film that follows Tariq, who makes his living as a hoofer like his late father Yayha. On the anniversary of Yahya’s death, he dedicates a dance to him, which triggers childhood memories.

Saladin White II was born and raised in Philadelphia. At six years old, he saw a production of a play and knew he wanted to be involved in the arts. After that, his parents got him enrolled at the “New Freedom Theatre,” where he trained and performed.

Saladin graduated from Point Park University, where he received his BFA in Theater with a focus in Acting. After graduation, Saladin found himself touring the country in a children’s play. To keep the creative juices flowing, he decided to write and direct a short film.

After completing the short, Saladin decided to take a leap and began his studies at Columbia University MFA Film Program. While at Columbia, he produced, wrote, and directed two short films. Currently, he is developing his first feature film titled “Blacked Out.” 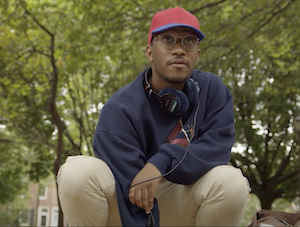