NEW YORK CITY. Rita, a mother and professional, works late one evening on a project. The teeming city out of her window and an ominous radio broadcast derails her focus and stirs fears she has for her son.

Christian Nuñez is a filmmaker based out of The Bronx, New York. He earned an MFA from the Feirstein Graduate School of Cinema with a concentration in Digital Animation and Visual Effects. The inspiration for many of his productions stem from his experience as an Afro Latino growing up in the streets of New York City. Christian aims to continue creating films which highlight stories that haven’t yet been explored and foster diversity in the film industry. 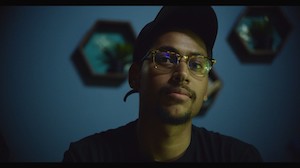