On a mysterious mission in a local bar in New York, a man is reintroduced with his tradition’s values.

Erald Kraja is a photographer and filmmaker born in Shkodër, Albania and currently based in Brooklyn, New York. He moved to the US at the age of 18 to pursue his studies in film production. From a young age Erald has been interested in visuals arts starting with drawings and paintings, and later on in various forms of photography, form landscape to fashion, which reflect on his current film work. He likes to incorporate traditional motifs with modern and contemporary settings in order to create a coherent story, but at the same time praise specific cultural values. 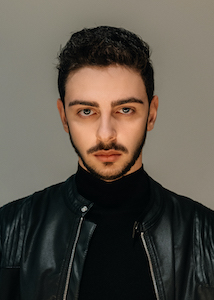