So You've Grown Attached - Teaser from Kate Tsang on Vimeo.

An imaginary friend is forced to consider retirement when his creator/best friend starts to grow up.

Though born in Northern California, Kate spent her childhood cramped in a small apartment with 6 other family members in Hong Kong. Most of those days involved watching copious amounts of cartoons and getting beaten up by her cousins. She attended UC San Diego with the intention of studying forensic pathology ( to become like her hero, Dana Scully from The X-Files), but fell head-first into film instead. Since graduating from NYU’s MFA Film program, she’s worked as a makeup artist on numerous films and as an editor/animator for clients such as Dom Perignon, Vans, and Opening Ceremony. Kate’s award-winning shorts have screened at festivals all over the world. Her most recent film, So You’ve Grown Attached, is a 2014 National Finalist for the Student Academy Award and Winner of Best Narrative Short at San Francisco International 2014. She’s currently developing her first feature film and animated show. 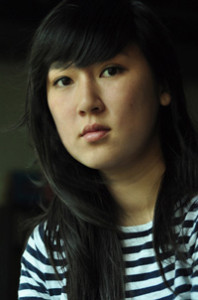