One day Sibongile, a domestic worker in South Africa, wakes to find her son missing. This story is about that day and the real relationships that inspired the film.

A filmmaker born and raised in South Africa. Her country’s rich heritage inspired her storytelling aspirations from a young age. At age eight she decided she would one day move to New York to share these stories with the world through film. Ten years later she followed her dreams and studied Film & TV at NYU’s Tisch School of the arts. Throughout her filmmaking career, she has made South African and female-focused pieces. Her latest film UMAMA, was shortlisted for a student BAFTA and a medalist for the Student Academy Awards. No matter the genre, all her films are created in pursuit of expanding perspectives. 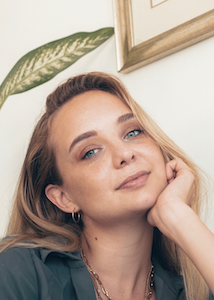