Anita, a young Indian living in the US, returns to India for her sister’s wedding. She counts on her husband’s support to announce some great news. All excited, her family immediately assumes Anita is having a baby, but their joy is short-lived. Anita has found a new job.

Born and raised in India, Sushma is a writer/director based in New York City. She ran her own production company for several years, making commissioned documentaries and commercials before switching to narrative fiction. Her latest short film Anita recently premiered In Competition at the Venice International Film Festival Orizzonti Section. Her feature script Salt is a recipient of the SFFILM Westridge Grant and was invited to the Torino NEXT Film Development Workshop. Salt was also part of the NFDC International Co-Production Market (India) in November 2019. Sush was a participant at the La Fémis International Co-Production Atélier in Paris and a finalist of Ryan Murphy’s Half Directing Fellowship 2018. In 2017, she was a participant of Pitch NY organized by NBCUniversal and the Governor’s Office of Motional Picture & Television. The same year her short film Foren premiered at Palm Springs International ShortFest. Sush has also been selected to the Pitch Panel at IFP, New York and the NFDC Script Development Lab in India. Sush holds an MFA in Screenwriting and Directing from Columbia University and works as a Screenwriting Advisor with Sundance Co//ab. 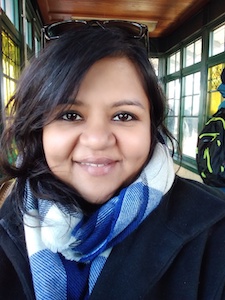