Tyshawn, an Afro-Caribbean descended 12-year old boy, living in a changing Bed-Stuy enjoys living with his grandma and dad. Everything changes when his father is arrested and he faults the Caucasian neighbors. Tyshawn then plots his revenge.

Jessica Q. Moore is a Filmmaker/Educator based in Brooklyn, NY and has made and studied films all over the world, starting with studying Film at Syracuse University. She studied abroad at FAMU in Prague, Czech Republic and Bologna, Italy, where she focused on European Cinema. Her BFA thesis made it into 2016 Altfest, an LGBQT film festival and showed at the Anthology Film Archive. She recently graduated with her MFA in filmmaking at CCNY. Her work usually deals with how relationships are formed and developed. While her characters are usually queer, Last Summer on Bainbridge Street focuses on the relationship between neighbors of different backgrounds living in the same community. 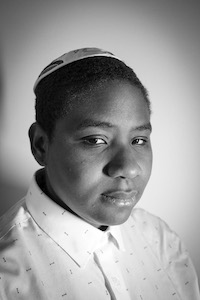