A Brooklyn teenager is reunited with her Guyanese cousin for the funeral of a relative. On the last day of the wake, the girls venture out into the city alone.

Mandy Marcus is a Guyanese-American writer-director based in Brooklyn, New York. She holds a BA in Media Studies from Pomona College and an MFA in directing from The Feirstein Graduate School of Cinema at Brooklyn College. 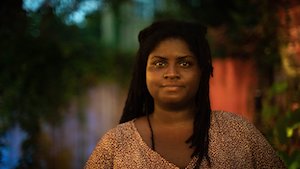