Luis is living out an idyllic fantasy in an online video game; his hunky avatar is happily married and with a newborn baby. One day, Luis’s real wife Anna insists that he choose between reality and fantasy. Will Luis choose Anna, and abandon his avatar wife and child? His emotions hover in some state of limbo between the real world and the virtual. A love triangle revolved around fantasy, commitment and identity.

Niav studied acting at Skidmore College, then moved to France where she began making films and videos. In France, she participated in workshops with renowned filmmakers Boris Lehman and Pedro Costa. She was also filmmaker Joseph Strick’s personal assistant for many years. She has had several shorts in festivals worldwide, and her first feature Un peu plus d’éternité, recently came out on DVD with L’Harmattan Vidéo. She has received a Kodak Award for cinematography,a NYWIFT scholarship, and is a 2013 Princess Grace Award winner. She is pursuing a career in narrative filmmaking and cinematography. 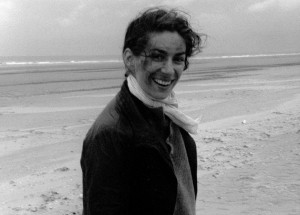