By the river of oblivion, a lonely horseman passes through a village where children play with hidden desires, adults are indulged in a celebration and violence and love are instinctive parts of life.

Dea Kulumbegashvili was born and raised in Georgia. She studied film directing at Columbia University School of the Arts and media studies at The New School in New York. Her debut short film Invisible Spaces was nominated for Palme D’Or for short film at the Cannes International Film Festival in 2014. It was also the first film from independent Georgia to be part of the official competition at the Cannes International Film Festival. Her recent short film Lethe has premiered as part of the short film program of Cannes Director’s Fortnight in 2016. Dea was selected for the Cinefondation Residency and Jerusalem Film Lab with her debut feature script. 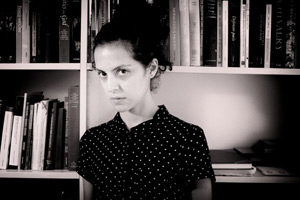