A journalist captures a day in the life of a former child actor turned auto rickshaw driver. Over the course of the day their relationship is tested.

Born and raised in Chennai, India, Anand received his Bachelor’s degree in Visual Communication from Loyola College (Chennai). After completing his under-graduation, he worked as an assistant director to veteran Indian film maker, Hariharan, for two years. He has also worked as Director of Photography on projects shot throughout the world, including the USA, Cambodia, India, China, Taiwan and Singapore. He graduated with an MFA in Film from NYU’s Tisch School of the Arts Asia in Singapore.

Disco Obu is Anand’s graduation thesis film. He is currently working as an editor on a virtual reality film produced by YM Movies (Chennai) owned by Academy award winning composer A. R. Rahman. 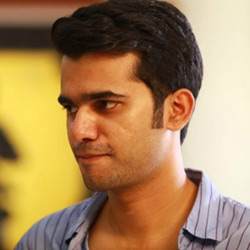