CARL tells the story of Carl Denaro, who at twenty years old was shot in the head and became a victim to the Son of Sam shootings. As he was one of the first victims and there was no face to the alleged killer, Carl had to face a world of isolation. From that point on, he was forced to reevaluate his life and future since his plan to be a photographer for the Air Force was ruined. Our story follows Carl after the accident and how he and the rest of the world would find out his shooting was a part of a mass hysteria that changed New York in the late 1970’s.

What do you give to someone that has given you everything? Ever since I could remember, my dad has always worked hard to give me the best opportunities in life and has always encouraged me to pursue my dreams. When I was old enough to fathom what had happened to him when he was twenty, I couldn’t wrap my head around it. Having your entire life halted and not knowing where to go when you’re already at a crucial age of finding yourself… what do you do?

Despite everything that has happened to him, my father always has a smile on his face and reminds me everyday to be grateful for everything. Being given the opportunity to tell his story is an enormous honor, as this is the most personal and fulfilling experience I have ever had as a filmmaker. 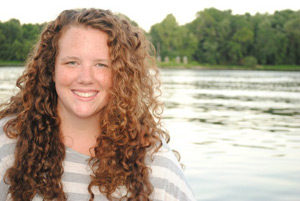