The following questions and answers are excerpted from a conversation that followed the NBR screening of Mass.

Fran, why did you decide to tell this story for your debut feature?

Fran Kranz: I had always wanted to direct. About twenty years ago in college, I was studying the Truth and Reconciliation Commission in South Africa. It really disturbed me because I don’t think I would be capable of doing that. I would live with the hate; I would never be able to forgive or accept it or move forward. Despite being amazed by some of the behaviors, I was deeply troubled knowing the truth of how I’d react. Twenty years later, as a father, I had to confront those fears and thoughts differently, and anew. I started doing research on the subject, and I came across these meetings and I thought, that’s it, that’s what I want to dramatize and tell a story about because it’s exactly this thing that I am so afraid that I don’t know how to do and I want to know how to do it. I want to know how to move forward, I want to know how to heal and restore something, how to move through and feel progress for the people I blame and feel hatred for. That started about three years ago and since then I’ve dedicated my life to this idea.

There was the need to become intimate as quickly as possible

What was the rehearsal process like and how did it benefit the performances?

FK: I wanted to make sure the language could carry them there… these are four actors that are better than I am! I wasn’t about to sit there and have a conversation about “how” you get emotional. I just needed to make sure the ride was clear and effortless. Effortless is a funny word for what they do, but it had to flow. What I wanted to get out of that rehearsal process was that if they felt there were any sort of bumps in the road, or any missing steps, let’s bring it up and we’ll rewrite it. We only had about two days but they became kind of co-authors because I needed the fluidity, the naturalism, and to have them be such a tight unit. Once we got to Idaho, we were only going to have eight days to shoot that conversation from when the door closed on them. It was a crash course in doing the script work from the table work. There was also the need to become intimate as quickly as possible and to find friendship and ensemble in two and a half days. Those were the two objectives of the rehearsal, and the latter was unspoken. We knew it implicitly.

Reed Birney: All four of us are theater actors, so we understand what rehearsal can do and how to use rehearsal. I think we really knew we had a lot to accomplish in two and a half days and went after it.

Ann Dowd: I think the most important thing we had to accomplish, even though it may not have been from a conscious place, was that we had to lay the groundwork for trust and commitment and respect for one another, Fran included. I think that was the most important thing that happened in those rehearsal days, in addition to what Fran has described as making sure we all understood. Martha Plimpton was talking about how she understood the rhythm of it when she read it—she does not often get through a script in one sitting, but with this she did. She could sense the rhythm and I thought to myself, that is not a skill I possess at all. When we were in rehearsal going through the text, I knew enough not to panic, but I did not know how it would be done. I did not know how Linda would say what she was going to say, but I said to myself, you just need to trust that you know what you’re doing. One of the brilliant parts of the script is that we were put in a circumstance with the words we needed, and what we were required to do was let go, and trust, and not look back.

Jason Isaacs: What Ann won’t take credit for is that she made that thing happen, right when we got there. It’s trust, and what that means for me is you need to prepare to make a complete fool of yourself in front of each other and be emotionally vulnerable. Make yourself seem stupid or weak… just show all the sides of yourself as if you were with someone you’ve known for your whole life that would never walk out the room. That’s an extraordinary thing to achieve very quickly, because only then can you feel relaxed enough to do the things you do on camera. That thing about the rhythm though… I wasn’t initially sure that was going to work. I can say that now because it’s clearly a magnificent film and it’s had an extraordinary effect on audiences.

AD: Why didn’t you think it would work?

JI: Because it’s four people in a room having a conversation; it’s insane. It’s disturbed to think you can make a film out of that. It turned out unbelievably—he pulled it off. But it’s a ludicrous notion. And I thought at the time, I don’t care. I just want to have an extraordinary experience, and we did have one while making it.

AD: I’m so glad you didn’t express this (laughs)!

JI: I just wanted to go on that journey with you and with Reed and with Martha and let go of the results.

RB: There’s a big lesson there about letting go of the results. Just be in the room. I think if we had all thought “this is going to be a big one and we’re going to get lots of reactions,” I think it would have been a catastrophe.

Each character has very specific needs and wants. How did you each navigate those?

JI: Mine was easy, in that it was only about Martha [Plimpton]. I just need to manage my wife, consciously. The brilliance of the writing is that I say one thing, I mean another, and the audience can tell perfectly well that I don’t know myself and someone else is driving it through.

RB: But then Jason, that notion of yours fall apart very quickly when suddenly you’re coming after me and asking me about my regrets. So you can tell yourself it’s all about your wife, but you had other emotional investments.

JI: Yes, that’s what I’m saying. And the audience can see what I don’t know, that I’m sitting on this volcano of rage and regret and need that somehow needs to be evacuated if I’m going to move on with my life. But I don’t realize that.

RB: That’s right. I honestly found it easy because it was all in the script. I needed to manage Linda [Ann Dowd] and this couple across the table. If we got out of the way, the script did everything for us.

AD: The more we talk about it, the more it goes to the writing. There were little hints that said so much about Linda’s relationship with Richard and why it didn’t survive. And it spoke to what our roles were in the family prior to this meeting… or at least I have my version and Reed has his, I’m sure! I imagined Linda as being the peacekeeper, wondering when to intercede, and keep Richard calm. And when the earthquake happened, all of that is shattered and there is no need or desire to hold onto anything from the past.

RB: I think Richard really loved Linda and if this hadn’t happened, they would have had a perfectly fine life together. I say in the movie, “I regret everything.” I think he lives his life in full-on regret. Everything has fallen apart.

AD: But I think it wouldn’t have been wonderful for Linda, because she would always be appeasing and putting someone else first… you.

RB: But I think we would have stayed together.

AD: I do too, but you said perfectly fine!

RB: Maybe we need to talk about this off camera! 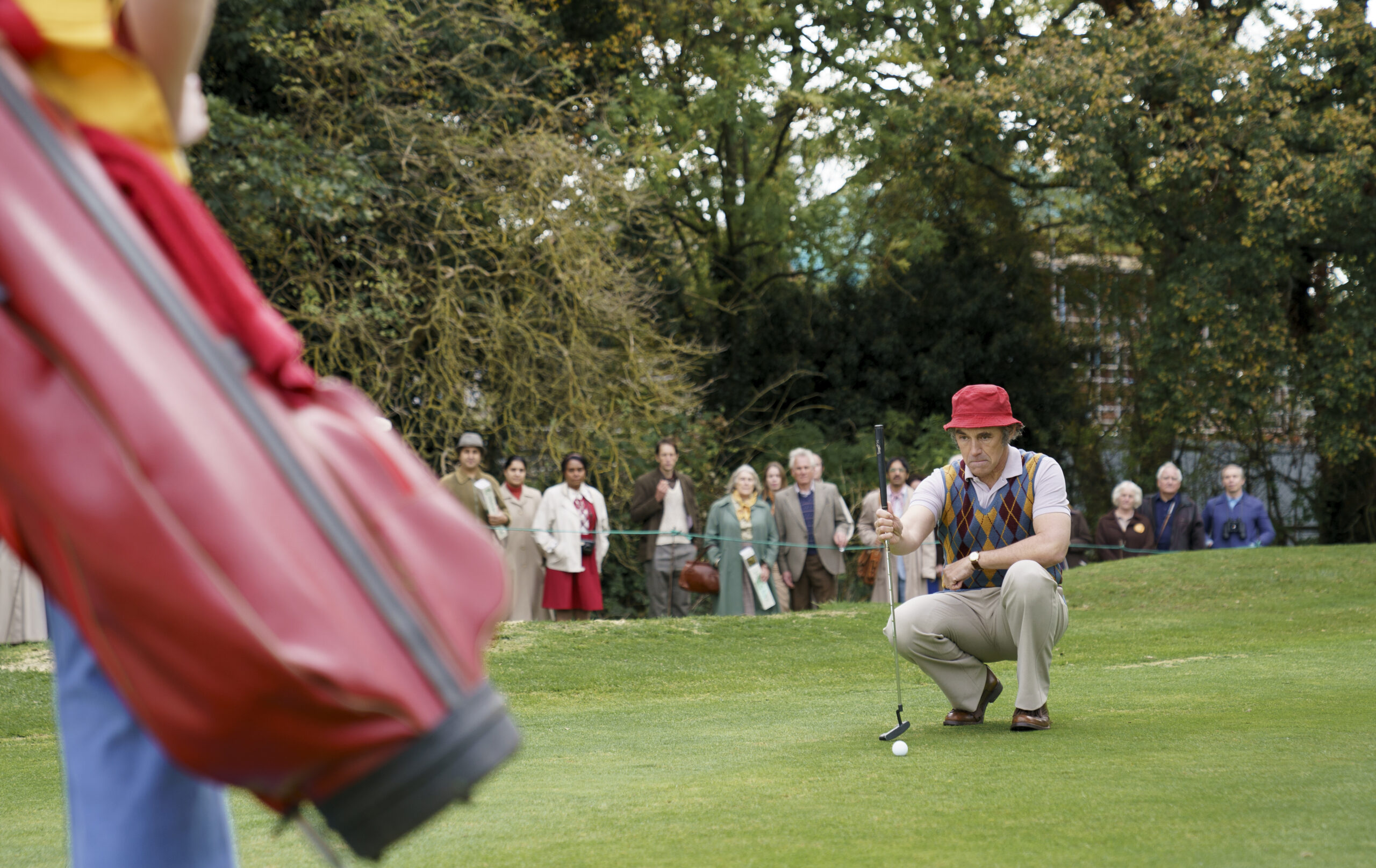