The following questions and answers are excerpted from a conversation that followed the NBR screening of Minari.

Jacob is such an interesting character. He makes some decisions that the audience could read as despicable, but the way you play him is so sympathetic so that even if we don’t end up agreeing with him, we at least understand every choice he makes. Steven, how did you conceive of him initially?

Steven Yeun: When I read Isaac’s script, it was really honest from all perspectives and that was really the foundation of it all. To have renderings of all these characters that are told from not just a role place, to not only describe them as a function of their role or the place they occupy. They became greater than the archetypes they could have easily fallen into. To start from that place, you could see Jacob’s intentions and the duality of his choices. When a man is emigrating from a country that he knows to go somewhere brand new, and then to further go from California to find his own plot of land and find something brand new, what is that motivation? Is it ego? I’m sure it is, but at other times it might be wrestled with something larger than him, something to define himself. I think that’s something that we’re all looking for to some degree. In playing Jacob, I thought about how as an actor there aren’t that many roles for Asian Americans so that seems like new territory and I can reflect on that to some degree—charting a new course and making your own choices and living and dying by your own sword. When Jacob came around to an understanding, it was the lesson of humility that he needed to come into, to understand the people around him and that he is not an island but rather sharing this experience with everyone. But sometimes he’s a little blinded by his own perspectives.

They became greater than the archetypes they could have easily fallen into.

Isaac, you’re not only depicting Korean American immigrants, but you’re also depicting people of your parents’ generation. That generation is typically regarded with great nostalgia. How did you grapple with those elements in the script and your own memories and obligations you might have felt to that generation of immigrants?

Lee Isaac Chung: For me, it was important to not only simply honor my parents. The idea was to humanize them and understand them. You and Steven were talking about the decisions that Jacob was making in the beginning. In some ways, those decisions might seem despicable and I might agree with you; on the surface level they appear that way. But the role I needed to play in writing this story was to figure out the humanity behind those decisions. If he does something that does seem despicable to many people, why does he do that? And it was the same for every character, including Paul [played by Will Patton]. In some ways, someone like that can be very alienating but I wanted to find the thing that causes the person to do that in a way that we can all understand. That was the goal for me, not to make them into archetypes or someone to honor, but into human beings.

Yeri, Monica doesn’t seem driven by the same needs Jacob does, to appear accomplished in the eyes of their children. Can you talk about that aspect of your character?

Yeri Han: I thought Monica’s biggest strength came from the love she has for her family and this love that she has is what binds them together and prevents them from falling apart. That was the most the important thing for her. Because Monica got married at such a young age, I think she thought Jacob’s dream was her own. So when he talks about going to the US and finding success, she takes that goal as part of her own motivation. She supports him and follows him out of this faith for him. For her, it was kind of taken for granted that she would follow him and this strength is what allows her to raise her two children and stay behind Jacob continually. You could say that Monica is the person who supports Jacob the most as he tries to find fulfillment and follow his dreams; she stays next to him and continues to support him. It’s not an easy process but that’s what Monica wants for him and for herself as well. I think this is why until the very end she never talks about going separate ways despite the struggles that they face and this comes from the strength she has. At the end, I think you can say that Monica just loved Jacob more.

Yuh-Jung, Grandma Soonja is phenomenal and profane and funny and kind. How did you work with Isaac to key into the character?

Yuh-Jung Youn: First I asked Isaac about his own grandmother. I asked if I should imitate his grandmother. He said no, you don’t have to do that—he gave me the freedom of playing my own thoughts. I really appreciated that as an actor. I’m a grandmother myself and the loving… there’s no question. When you’re a mother, you’re trying to correct your own kid, telling them what not to do. Trying to make them right. But when you become a grandmother, you can just enjoy the kids and know that they will grow. That part was easy for me. Once I questioned Isaac “did you really give your pee to your grandmother?” and he said yes! You’re so mean, Isaac!

The movie is shot in a simple and naturalistic way that brings out the beauty of the locations and supports the characters and story. Can you talk about your process of working with your DP Lachlan Milne?

LIC: Lachlan is just a beautiful cinematographer and one of the things that stood out to me when I was looking at different cinematographers and their work was that he had a way with natural light that I found to be both realistic and poetic, so he wasn’t just relying on it in a broad way. He was really shaping it and he was creating a feeling with it, and that was what I was hoping we could do with this film. Once we started working together, we shared stills of different films back and forth with each other. Our influences were all over the place. We looked at old Hollywood westerns, we looked at Yasujirō Ozu, we looked at comedies because this film has a lot of different things going on tonally. Once we figured out what we were really going for—a sort of natural elegant look—I just trusted Lachlan a great deal. He was a real partner and collaborator in the look of this and Minari is what it is because of him. He was a phenomenal DP and I can’t say enough about him.

I love the way he and the production designer Yong Ok Lee worked together to make this world that is incredibly specific and has a lot of thoughtfulness and dignity but is also impoverished.

LIC: I need to add one thing that Yong Ok said about the actual clutter of the house, and this was how I knew she was a genius. She said that a lot of Korean households might not have a lot of money, but the way that they show their agency and their dignity is that they keep it clean and neat. So she had a very particular sense about how neat the family was going to keep the house and even that was by design and meant to be a characteristic. It was a delight to work with her and see how detail-oriented she was in regards to everything in the scene. 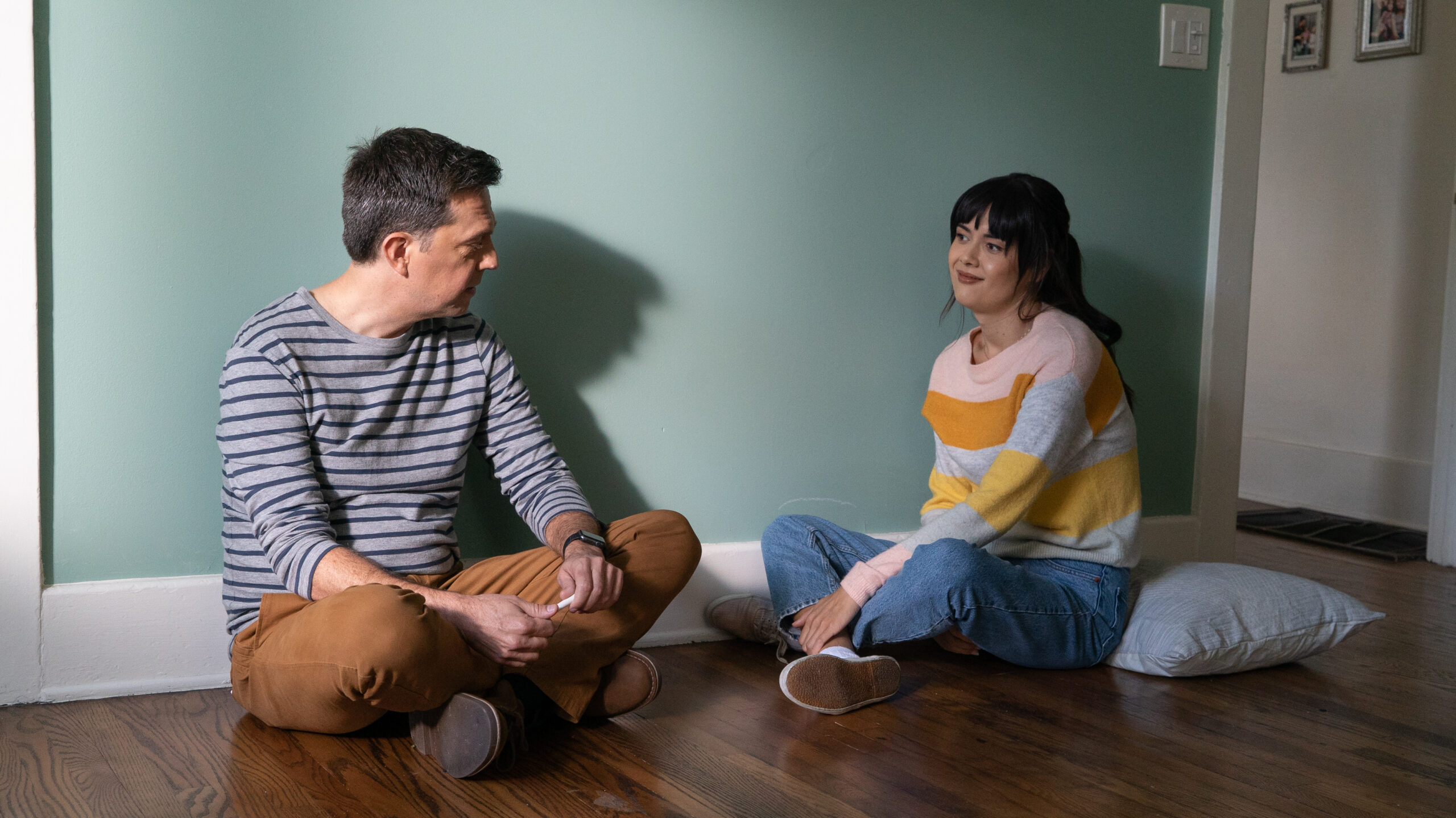