The following questions and answers are excerpted from a conversation that followed the NBR screening of La La Land.

How did you prepare for the role of Mia?

Emma Stone: I met Damien while working on Cabaret in New York. That was my first professional exposure to singing and dancing. The fact that I was doing a musical on stage was insanely good timing-wise because it felt like for the first time in my adult life that I had the stamina to do a film like this. For ten weeks, we would rehearse every day at our base in Atwater Village in LA. We would go every day to our dance lessons, then Ryan would go to piano and I would go to singing lessons.

How did weave together the musical universe along with the reality of the story?

Damien Chazelle: It was a huge challenge to find that balance. I talked with Emma and Ryan about tone and how the more realistic scenes we were pitching would take place before and after the big flights of fantasy. We decided to approach everything as though it were happening in reality so that we could ground that absurd musical idea and make it feel like a natural outgrowth of the characters’ behaviors and emotions. This made the opening number particularly tricky because it’s the one number where we haven’t spent any time with any characters and haven’t been able to build up to it. We wound up doing the transition from real life in an abbreviated way via sound. Then the idea of different radios building on each other and the idea of everyone playing music leading into one person that starts singing and then it becomes a collective thing. We always had to get from idea to fantasy.

The audition scenes add to the contemporary feel of the film. What was it like filming those scenes?

Stone: It was very cathartic. It was nice to have a productive outlet to have bad auditions after years of having that experience in real life. That audition at the beginning where Mia is interrupted is Ryan’s story. That same kind of crying thing happened to Ryan. I liked being able to incorporate a couple of real elements into the film. You never feel that when you have bad auditions that they’ll one day be useful in some way, so it was nice to throw those in there.

How did you approach the epilogue number?

Chazelle: During much of the shoot it was this parallel thing that was building as we would shoot other things. Doing the real-life versions of these scenes and then doing the fantasy versions was a quick turn. In a way, this spoke to the idea that musicals are about wish fulfillment and dreams being real. I knew this would be a movie where I wanted the real story to be lifelike, but wanted to build to this big number where everything works out just so.

What was the process to score and create the music?

Chazelle: I worked with a composer, Justin Hurwitz, on Whiplash and on this movie. Early on when I thought about making a musical, he was one of the first people I talked to. Once I actually started the writing process, he was by my side creating basic melodies. Our dialogue consisted of this constant stream of inspiration, either a scene would inspire a melody or a melody would inspire the writing. It was this partnership that existed before the script was even written. 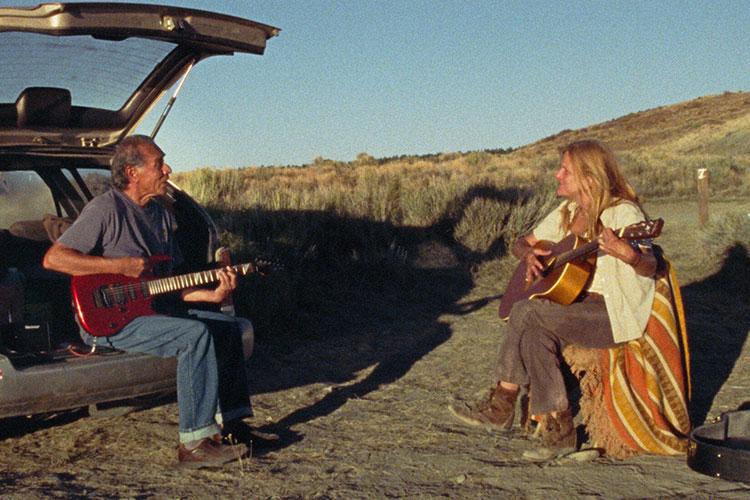